1) How many members of your immediate family are there?

My dad, my sister, and my two brothers make up my immediate family of four. With the exception of my youngest brother, who relocated due to his job, they are all close by.

2) Do you get along with your family?

Without a doubt. When we were little, my siblings and I used to dispute a lot. We now get along quite well, so I think it was just sibling rivalry.

3) Who in your family do you get along with the best?

We’re a close-knit family, and we all get along really well, so I’d have to choose my sister.

4) How long do you spend with your family each day?

Every few weeks, my sister, oldest brother, and I would go to my parents’ house for Sunday tea, but ever since my mother passed away, we alternate taking care of our father. As a result, we don’t all get together as frequently. On certain occasions, we still gather the family, nevertheless.

5) When was the last time your family celebrated?

Previously, a couple weeks. It was in honor of my dad’s birthday. We all brought cakes and refreshments to share for our get-together, which was held at his home.

Describe a family party that you attended.

and explain what you enjoyed about this celebration.

The 60th birthday celebration for my father was one of the most treasured family occasions in recent years. We wanted to throw him an unique celebration, but we chose to keep it a secret so that we might surprise him.
The remainder of my immediate family is located two and a half hours away by car, but my youngest brother informed Dad he would drive down with his family so we could all go out to eat. What we actually did was secretly invite other members of our extended family to join us. We don’t see them very frequently because the most of them reside far away, such in London or Scotland. They arrived the previous day and stayed in nearby hotels.
There was a lot to organize, and it was challenging to do so without Dad figuring out what we were up to. There were other occasions when I believed he must be aware of what was happening but was feigning ignorance in order to play along.
My sister adorned the table with balloons and other party supplies on the day after we reserved a table at a nearby restaurant. It appeared fantastic. Since there were ultimately more than twenty family members present for the supper, it was a very long table. Thus, in addition to my parents and brothers, there were also cousins, nieces, nephews, aunts, and uncles. I believe it was our largest family gathering to date.
In order for everyone else to be seated at the table waiting for Dad and Mum, we planned for them to arrive last. Dad entered the restaurant, and I’ll never forget the expression on his face. He had no idea what we were doing, so when he arrived, he was quite taken aback by everyone’s presence.
The finest part of our meal together was spending time with all of our relatives. Despite we don’t see each other very frequently, it made me realize what a close-knit family we are. I believe Dad enjoyed it as well, and I hope it helped him understand how much our entire family values him.

Family members, both direct and extended, can have a lot in common. They may resemble one another, for instance. While my sister looks and speaks like our mother, my brother Steve is the spitting image of our cousin Peter.
Additionally, family could excel in related fields or perform similar jobs. My extended family is primarily made up of scientists and teachers.
Particular interests frequently run through families. Everyone in my family, especially the older members, enjoys being outside and in nature. The younger members of the family certainly enjoy going on walks, but now that they are all teenagers, my nieces and nephews spend a lot of time on their electronic devices.
The last way members of a family might resemble one another is via personality, particularly through sense of humor.

2) How has the function of elderly members of the family evolved over time?

In the past, most cultures held the older generation in the highest regard. Because of everything they had learned over the course of their lengthy lives, they were regarded as being wise. Elderly family members would have served as the family’s leaders, mentors, and spiritual compass. They contributed to the family’s continued stability and organization.
One of their most significant responsibilities was to preserve and transmit ancient customs. The grandparents in particular played a crucial role in providing childcare for their grandchildren. They undoubtedly would have had a significant impact on their upbringing.
Most of this changed in my nation when it became commonplace for adult children to relocate for education and better employment. Family bonds are weaker than they once were, and elders are no longer treated with the same respect. Nowadays, we don’t typically seek counsel from grandparents. To be honest, a lot of elderly individuals no longer play a big part in most households. However, if they reside nearby, many people continue to take care of the grandchildren. 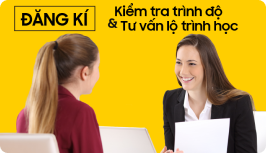